My name is Sadah Espii Proctor (she/her/Espii) and I'm a sound designer, new media artist, and dramaturg based in Brooklyn. I work in live, digital, and virtual forms of storytelling through multimedia theatre, audio dramas, virtual/augmented reality, and immersive experiences.

I started out in performance doing dance, music, and devised + physical theatre. Through ritual theatre and ensemble-generated performance, especially in Building Home (Virginia Tech) and The Bowery Birds (Downtown Art), I was able to create original work and develop an understanding of dramaturgy through movement and improvisation. 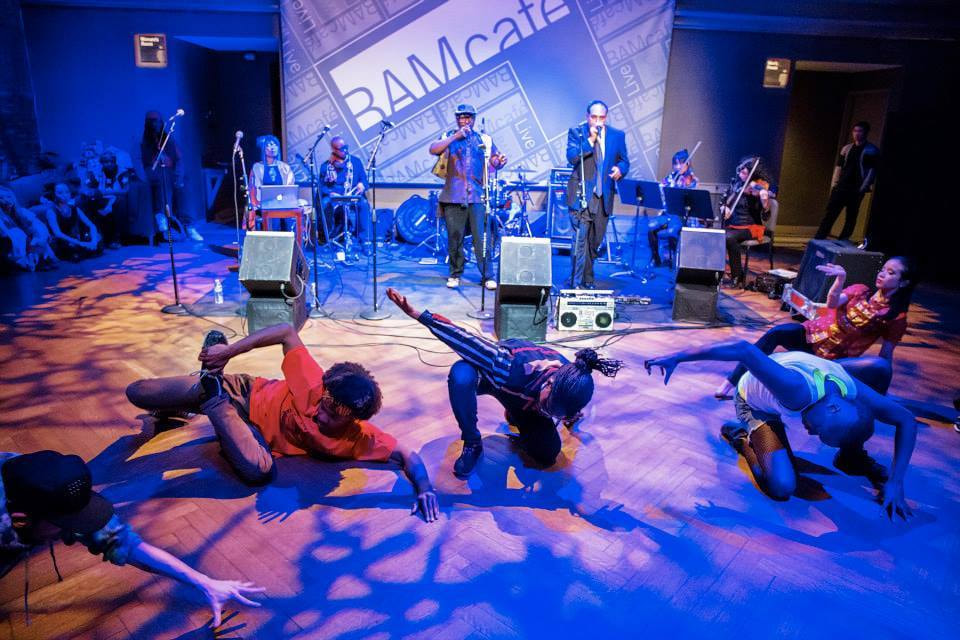 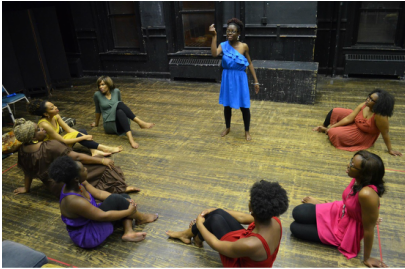 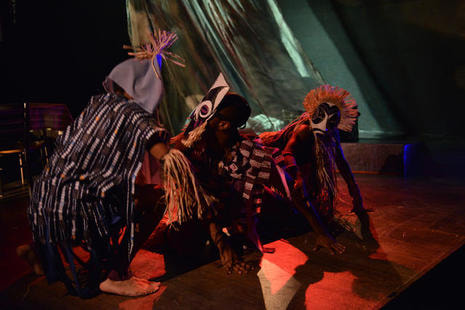 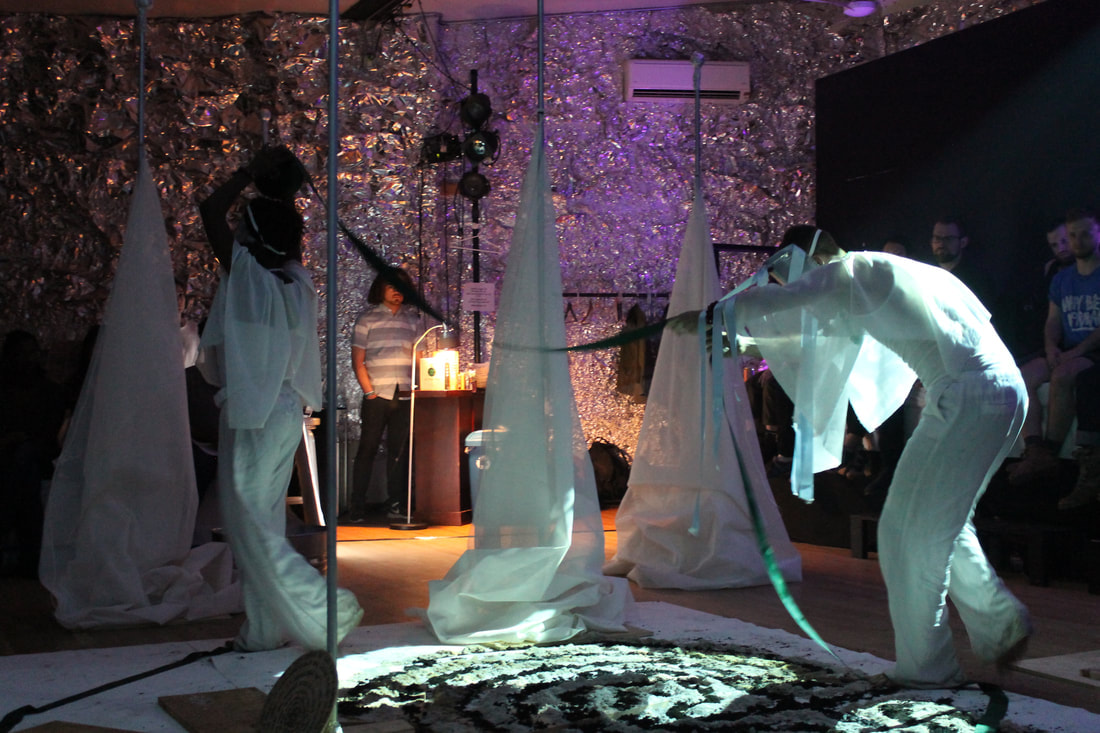 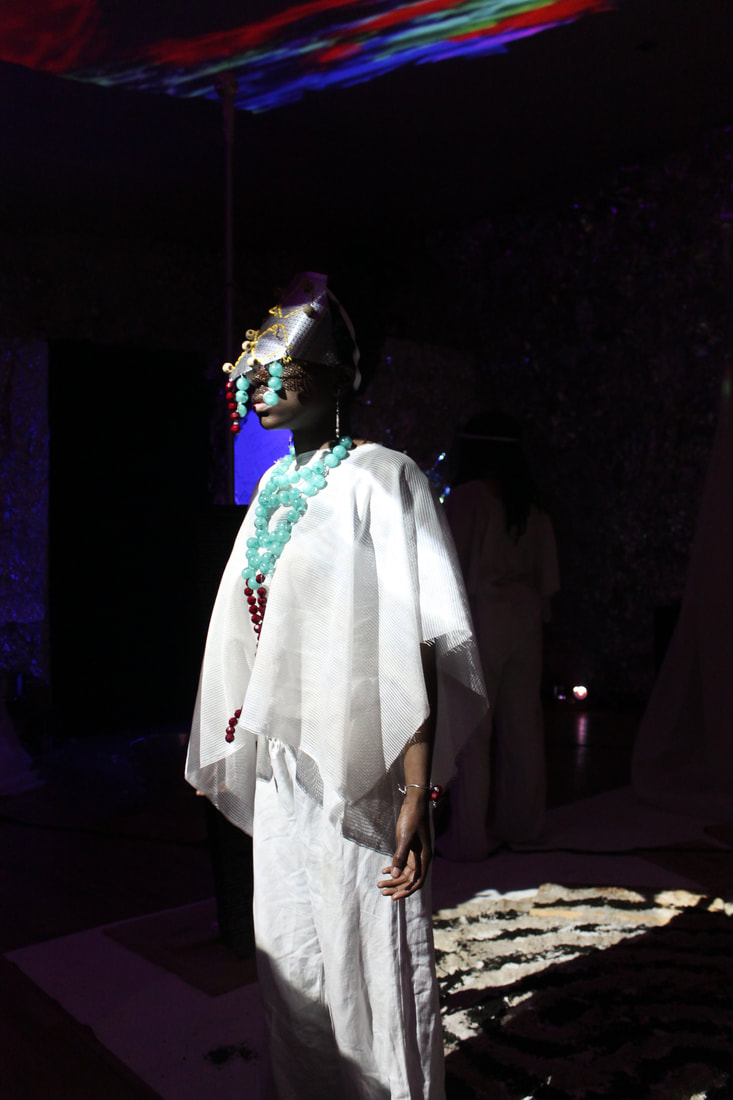 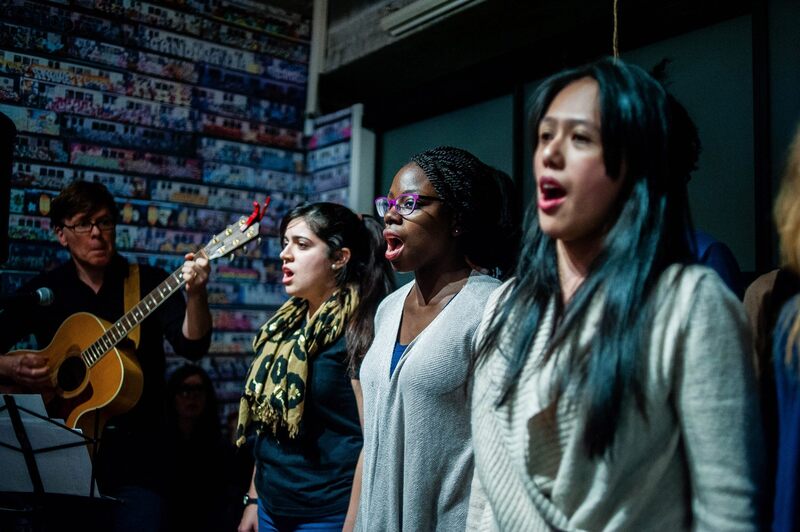 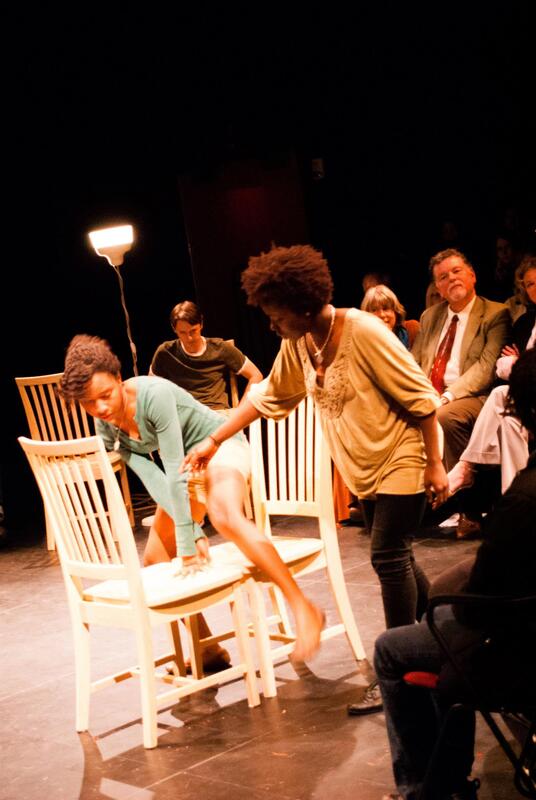 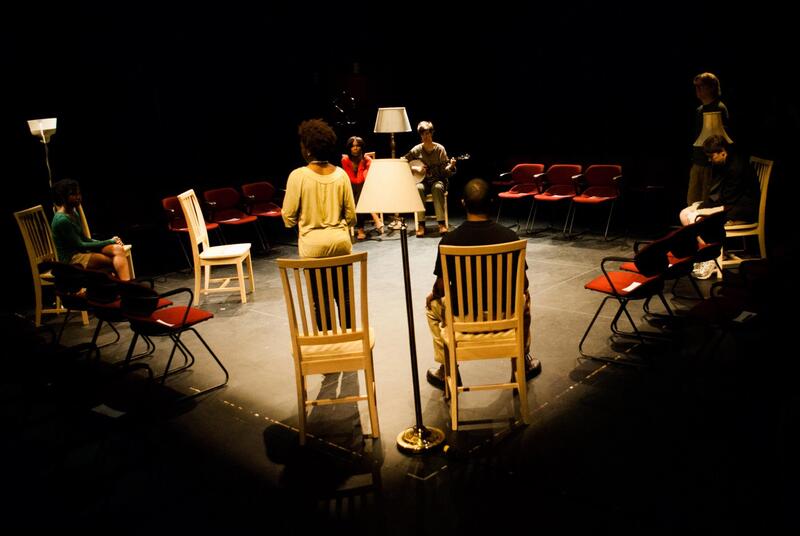 When I was introduced to sound and visuals, it was through my experience in the Linux Laptop Orchestra and the Digital Interactive Sound & Intermedia Studio (Virginia Tech). From the beginning, my work in sound has been anchored in gesture, interactivity, new media dramaturgy, and electroacoustic composition + performance. My visual works are often interactive, sculptural, telematic, and collage and assemblage in form. 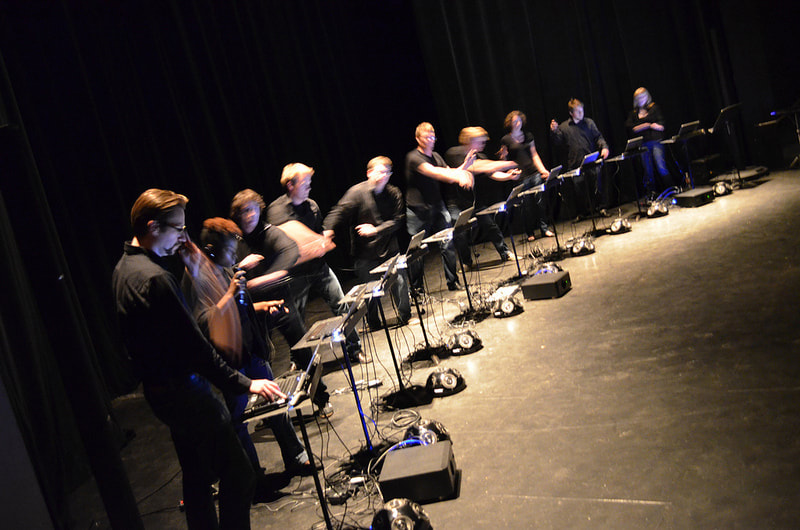 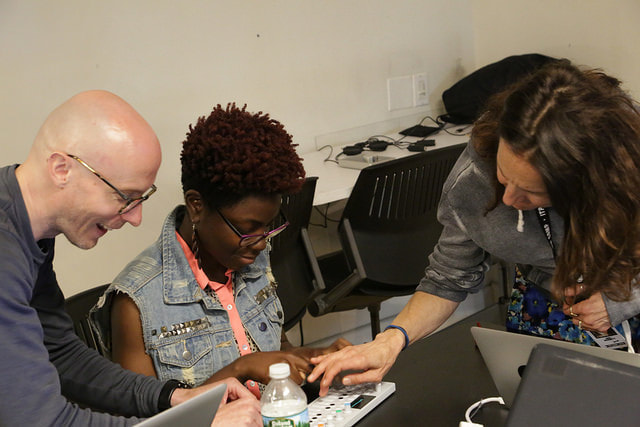 Now, my practice has become multidisciplinary and centered around audiovisual story experiences. My work as a sound designer, composer, and new media artist includes practices in theatre, podcast/audio dramas/audiobooks, and virtual and augmented reality. I'm interested in soundscape composition, poetic text, spatial design, and exploring different modes of "presence" and abstraction of visuals in a digital/virtual environment. Thematically and structurally, I am interested in Afrofuturism/AfroSurrealism/Black Quantum Futurism, diasporic futurisms, ethnographic surrealism, cyberpunk, and magical realism. I also love a good documentary. Let's collaborate! 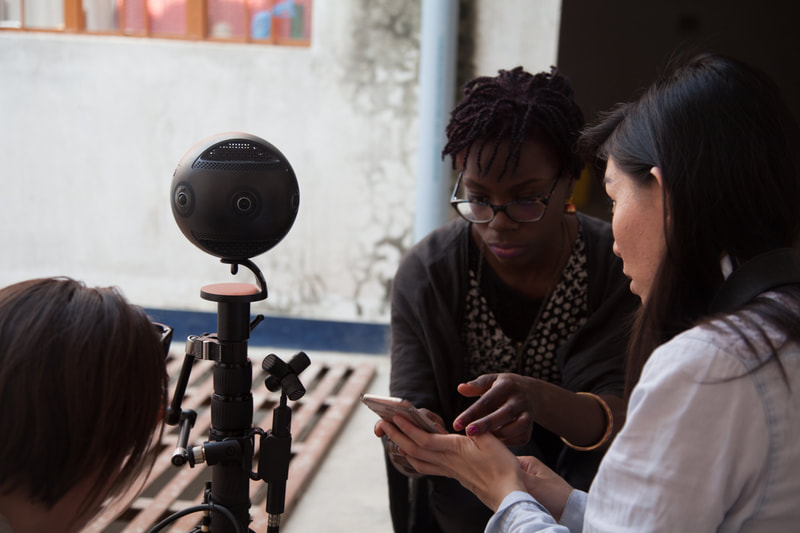 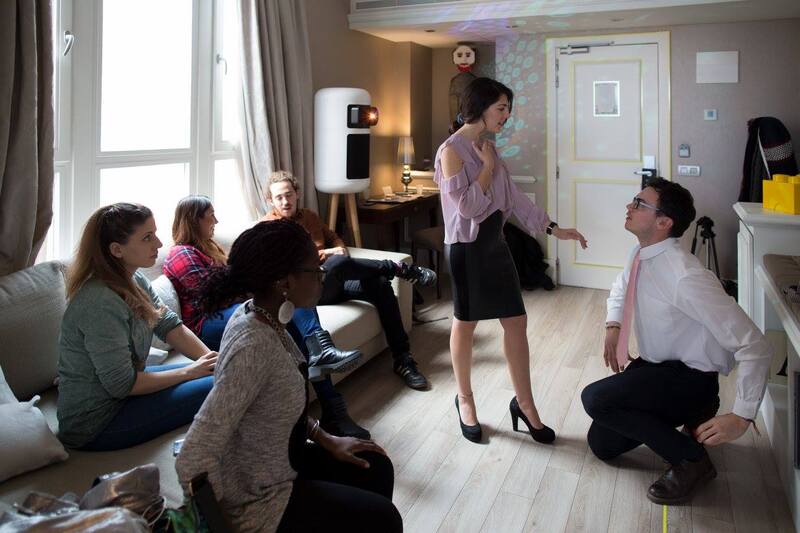 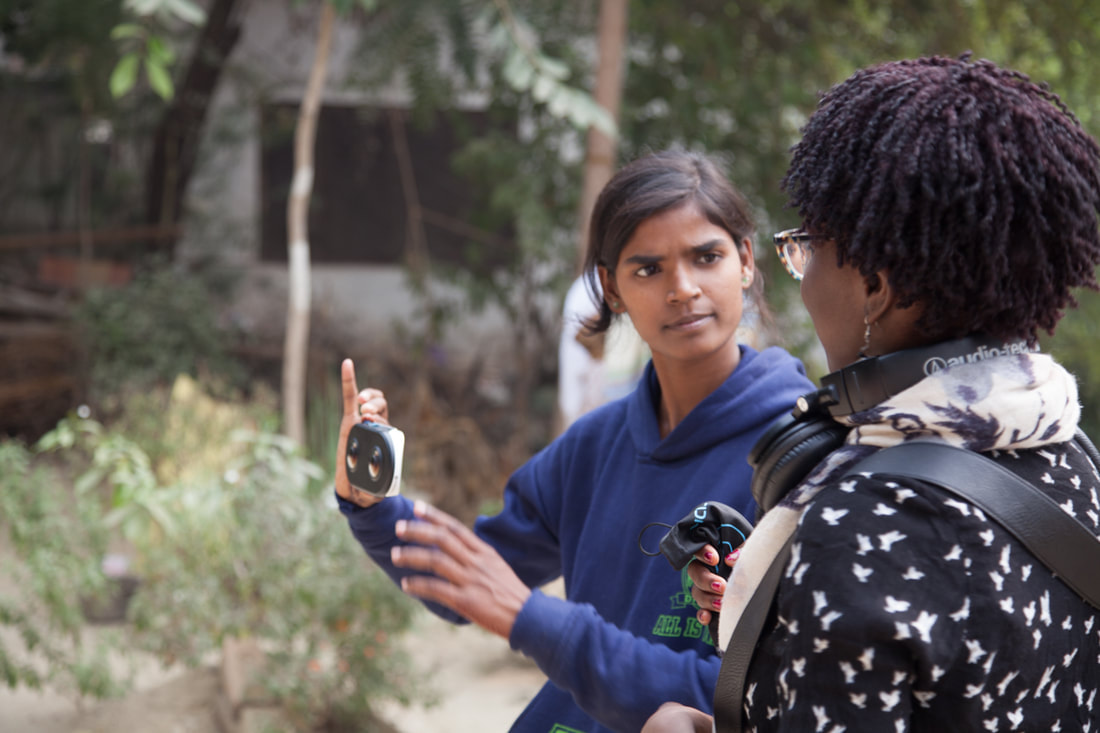 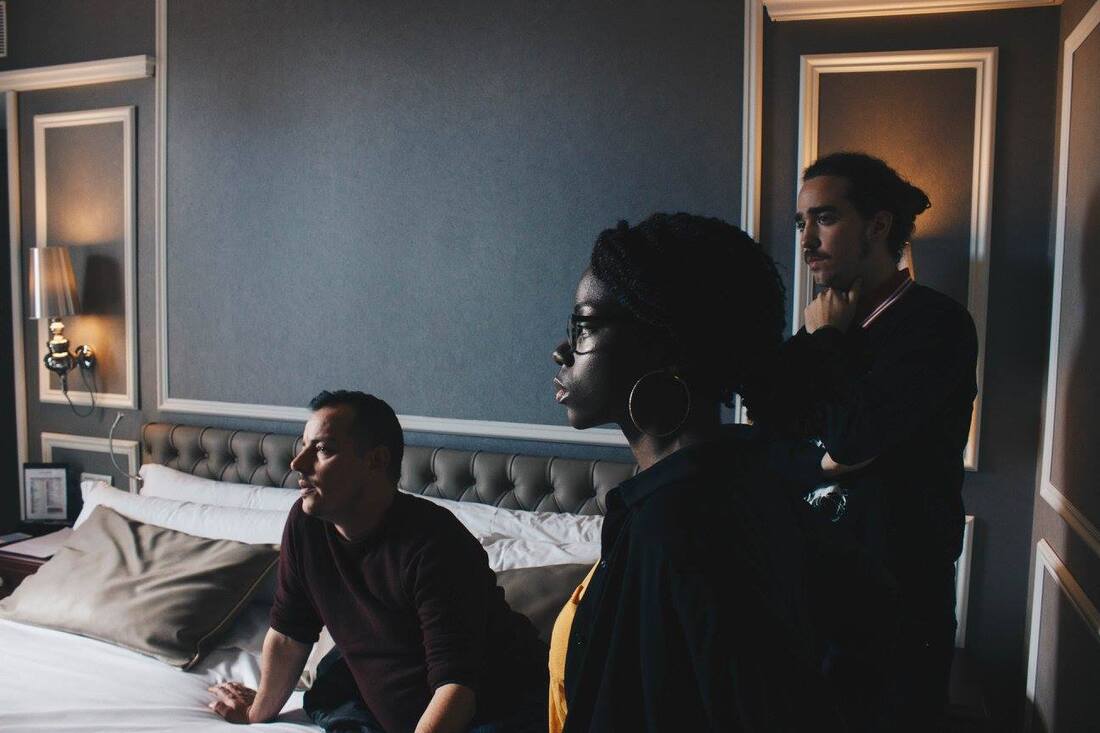 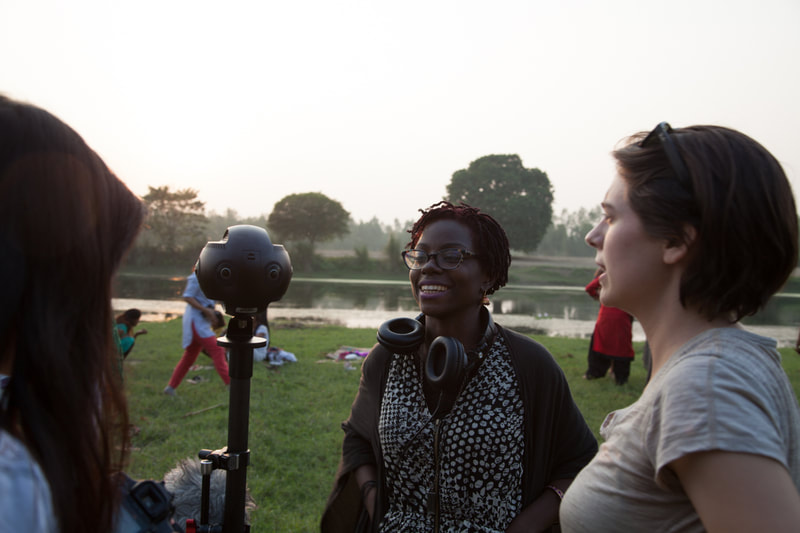 Sadah Espii Proctor (Espii) is a VR director and sound/media designer for theatre and immersive experiences. Named by American Theatre Magazine as one of “6 Theatre Artists to Know” for multimedia storytelling, her work encompasses global stories of women, social issues, and the African Diaspora, often with an Afrofuturist/Cyberpunk lens. Her original work is also influenced by gothic horror, anime, and visual kei. She received her M.F.A. in Performance and Interactive Arts from Brooklyn College and is a proud alumna of Virginia Tech.

Proctor's work lies at the intersection of art, technology, and community. Her journey in this work began at Virginia Tech where she was a member of the Linux Laptop Orchestra and Building Home Ensemble. The Linux Laptop Orchestra combined movement with interactive music by using Wiimotes to play compositions. Building Home used Story Circle techniques from Roadside Theater and Image/Forum Methodologies from Augusto Boal's Theatre of the Oppressed to engage New River Valley residents in social issues. After graduation, she then performed as a singer in The Bowery Birds, an all-female ensemble of Downtown Art dedicated to women's stories from the Lower East Side in New York.

Proctor is the creator and director of Girl Icon , a 360-documentary created as part of Oculus’ VR For Good Creators Lab in partnership with Malala Fund and Milaan Foundation in India. Girl Icon had its world premiere at SXSW, has been showcased at festivals such as Tribeca, Beijing, BioBioCine, and Women Deliver, and a nomination for Best Digital Narrative at Sheffield Doc Fest.